On his first vote as an alderman at City Council, he opposed the $14.5M bridge over the Fox River and adjacent improvements because he predicted it would go over budget. The city was supposed to have to put in $3.3M and it is already up to $4.6M and the bridge is only about ½ completed.

Judd opposed the recent 10million purchase of 9 old houses on Bilter Road because we had no appraisal and no real plan as to what to do with the properties. He opposed the $7M purchase of 2 hotels on Farnsworth & 88 because there was also no plan or use for the properties. The city was getting about 500K in property and hotel taxes. These purchases take properties off the tax rolls and reduce the City’s income. He also wrote and an Ethics Ordinance. It was modified by the City Corporation Council but ultimately it was passed.

Judd regularly votes against the continued pattern of nepotism and patronage. Regardless of whether an action may be legal, if it reeks of impropriety, it should not be approved. Judd has worked hard to represent his constituents. He has held 4 or 5 neighborhood clean-up days and co-hosted 3 paper shredding events. He strives to be uber-responsive to calls for help and has aided residents with many issues including neighbor disputes, parking issues, and speeding problems. Judd used ward funds to purchase a speed radar monitoring device that he moves around about every 2 weeks to hot spots. (he is the first and only Alderman to do so) He also has helped residents obtain crosswalks, “no parking signs” and fixed many sidewalks. And he was able to get approved over 50 trees to be installed in his ward. 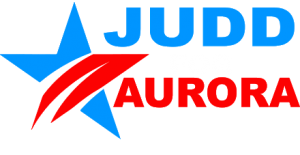 JUDD HAS WORKED TIRELESSLY, AND SOMETIMES ALONE, TO STOP THE WASTEFUL SPENDING OF TAXPAYER MONEY. HE WAS ABLE TO AN ETHICS ORDINANCE PASSED AND HE WORKS HARD TO BE RESPONSIVE TO HIS CONSTITUENTS.